In a randomized, double-blind, crossover design dog study, a stifle osteoarthritis (OA)model was used to determine if GlycoFLEX 3 could reduce cartilage breakdown and help normalize joint function. The dogs were randomized into two groups:
the treatment dogs (GlycoFLEX 3) and the control group. After a wash-out period, the two groups were crossed over for treatment and control. Force plate analysis was performed on each of the dogs. Then synovial fluid was collected from the stifle joint and analyzed for markers of joint inflammation and degradation. The responders had significant improvement in lameness after treatment, with a 41% increase in Peak Vertical Force (PVF) and 44% increase in Vertical Impulse (VI) over the pre-treatment value in the dogs. There was a significant decrease in mean synovial PGE2 and soluble collagen (SC) levels in the treatment group as compared to the control group. Other synovial markers in the responders had trends for lower levels, compared to the control group. The results of the study support that GlycoFLEX 3 may reduce the severity of cartilage breakdown and synovitis, and help normalize joint function in dogs with stifle joints affected by OA. 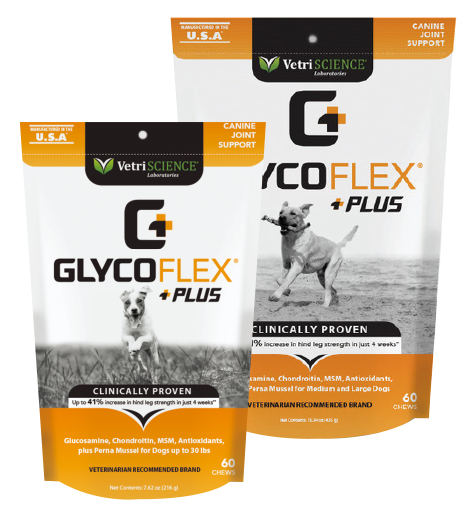 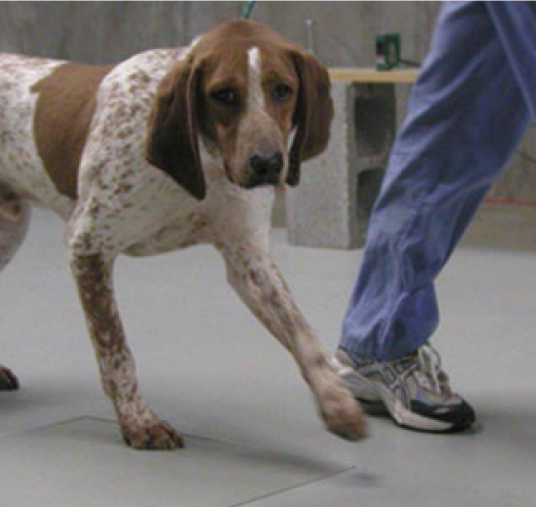 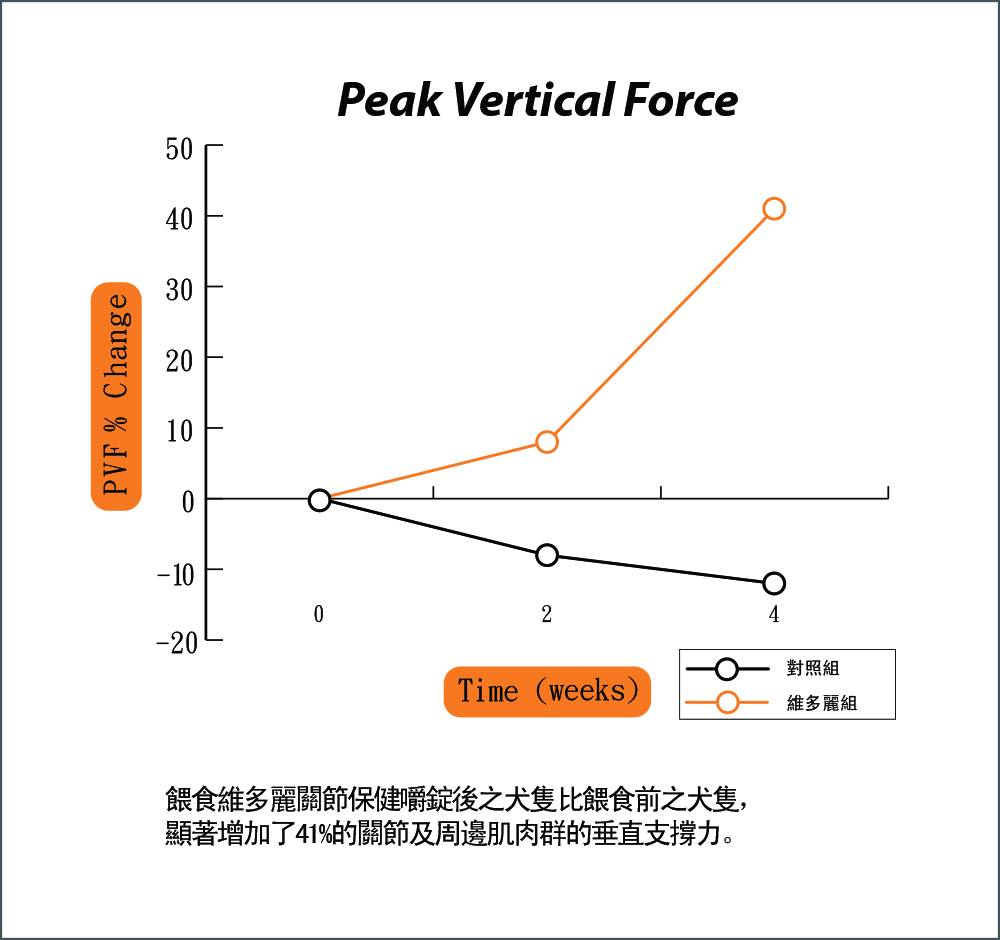 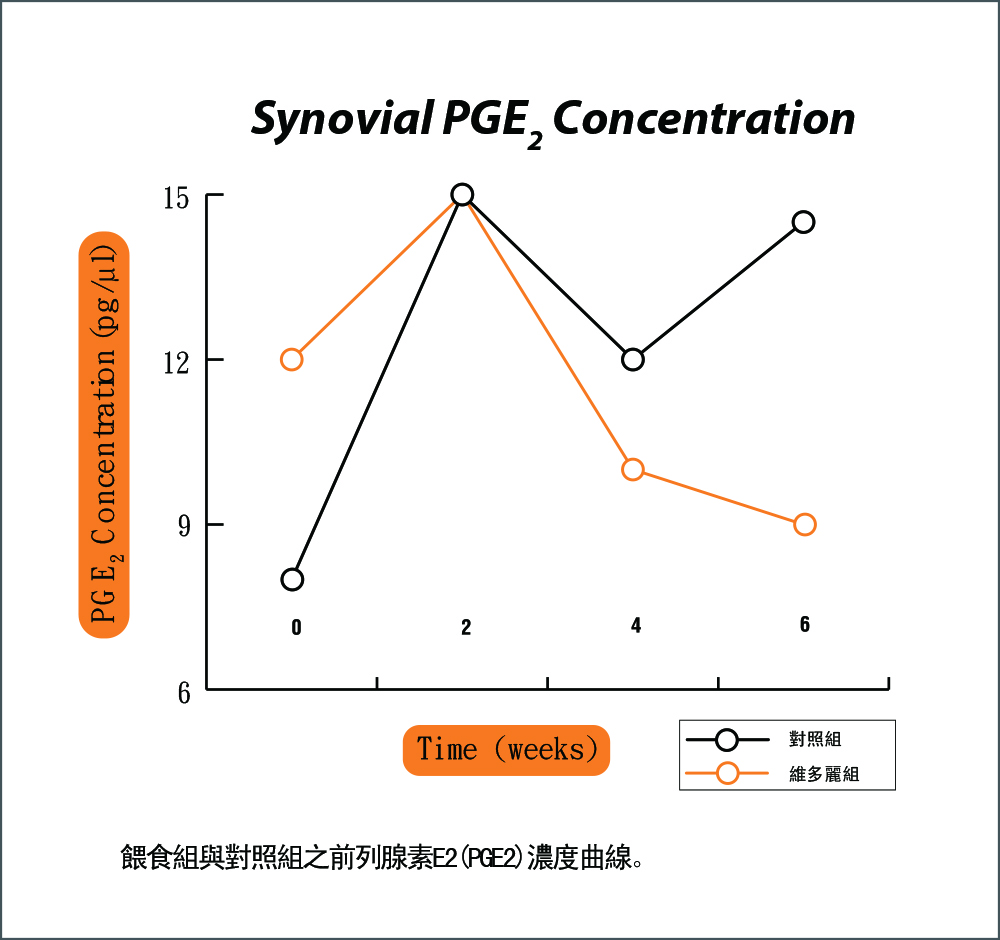